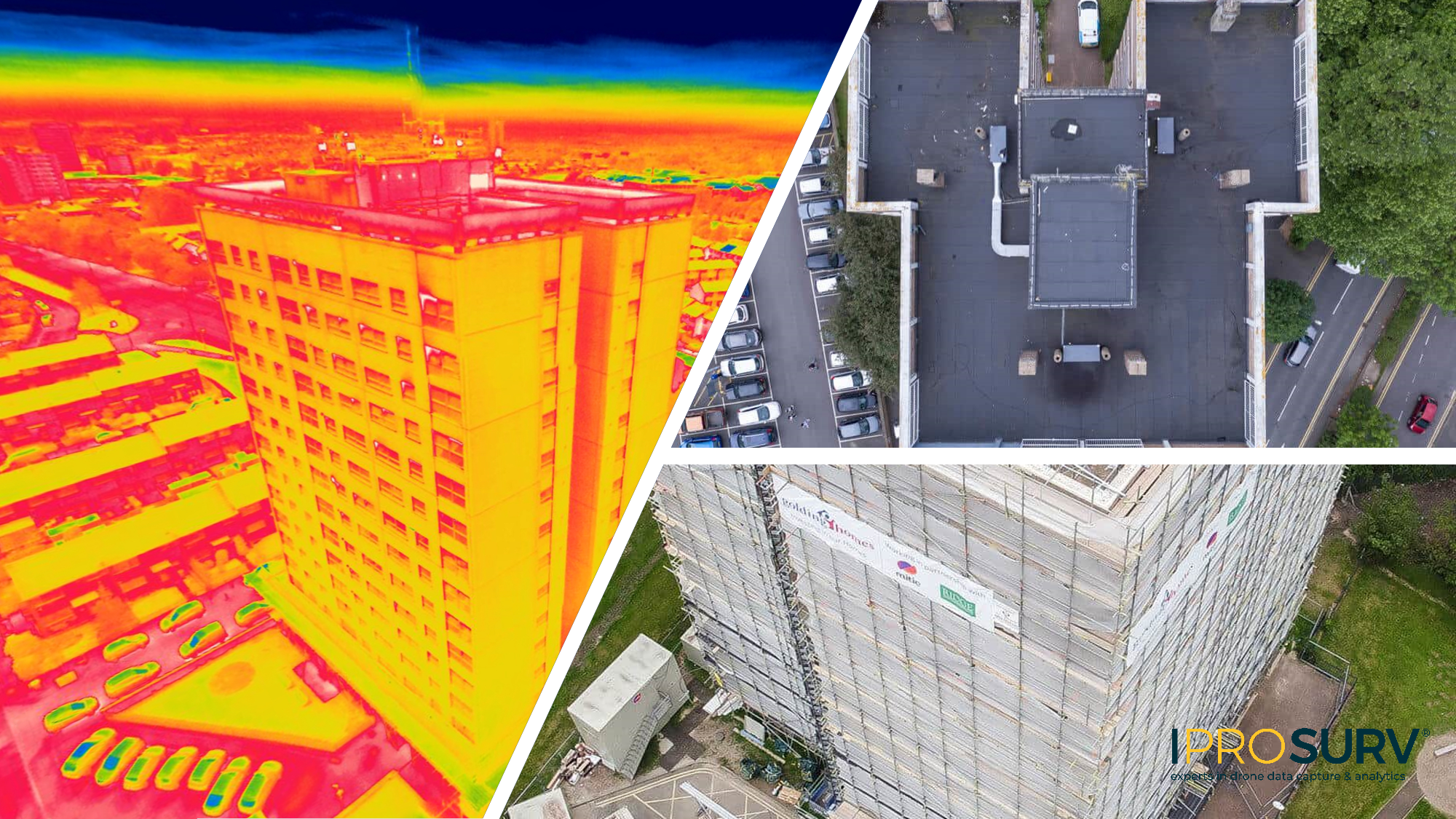 A Case for Drones – In a Post Grenfell Landscape

The Grenfell disaster which claimed the lives of 72 people was not a one-off event, absorbed and grieved over before everyone moved on. The repercussions of that night are still with us and continue to be significant for residents of high-rise buildings across the country. And, indeed, for the landlords, housing associations and local authorities responsible for those properties.

The task facing the nation’s property managers is huge. They have to survey an estimated 1,700 high rise blocks, remove the cladding and make them safe to live in. And they need to do it quickly.

The Government has pledged £1.6bn towards these remediation efforts but it is a complex system, one that has come under attack for its perceived inaccessibility. But perhaps more pressing is the view held by the Housing, Communities & Local Government Committee that this £1.6bn will only be enough to repair a third of the properties currently considered unsafe.

Which presents a huge fiscal challenge for everyone involved, not least local authorities.

It has been estimated by the same Committee that the cost of making each building safe will be £1.7m, covering everything from initial inspection, to the removal of cladding, to finishing the job. While it is clear that cutting corners or looking for cost savings in materials isn’t a viable option, there remains a pressing responsibility to keep costs down to make that fund stretch as far as is safely possible.

One part of the process where costs and timescales can be significantly reduced is in the inspection and survey of all these buildings through the use of drones. Not only can they do what a human can at a fraction of the cost, they can do it faster and with a greater degree of safety.

Drones are often viewed in extremes – either as a hobbyist’s toy or as a weapon of war. They are of course both, but increasingly, they are making their presence felt in the commercial world as more and more organisations wake up to their flexibility and adaptability. And one such area is the surveying of inaccessible properties.

Using High Resolution RGB imaging, drones can inspect the condition of a high-rise property (at a distance), in minute detail, in a fraction of the time it would take to do so manually using scaffolding, cherry pickers or ropes. The High Resolution RGB imaging is then translated into a 3D interactive model of the property which can be inspected in detail (up to 20mm) highlighting even the smallest amounts of damage to the outside and, when using thermal imaging, investigating anomalies such as damp ingress and thermal efficiency of the fabric of the building.

If LIDAR is incorporated increased levels of accuracy can be achieved down to 10mm and below.

The whole process, from instruction to inspecting the model, can take two or three days rather than the weeks and months required with traditional methods, and it is the speed with which drones can conduct surveys that should have landlords and local authorities sitting up and taking notice.

One of the problems facing property managers is understanding, in detail, the scope of the risk posed by their property portfolio and with the safety of tenants paramount, they need to understand it quickly.

Drones can help them do that as several inspections can be conducted in one day or over a period of days, providing the local authority with a quick, comprehensive view of their portfolio, including which properties pose the highest risk.

From here, the triage process begins, and drones are a speedy, cost-effective way of streamlining it, allowing the local authority to act quickly on its most vulnerable properties.

Drones can also act as a quality control tool to monitor and assess the ongoing work, and that governance role extends to post-work inspections to ensure the property has been re-instated as required.

If the current remediation fund will not, as has been suggested, be sufficient to complete all the necessary work, then it is vital that any safe, reliable and proven cost-cutting measure be embraced as soon as possible.

In common with much of the commercial world, local authorities are at the early stages of exploring the possibilities presented by commercial drones. And in common with their private sector peers, it is those that recognise the opportunity earliest and act first, that will gain the most.

And that means giving tenants up and down the country quicker and more certain reassurance that they and their families are safe in their home.

Rebecca Jones is CEO and co-founder of Iprosurv

This and other articles can be viewed at LocalGov