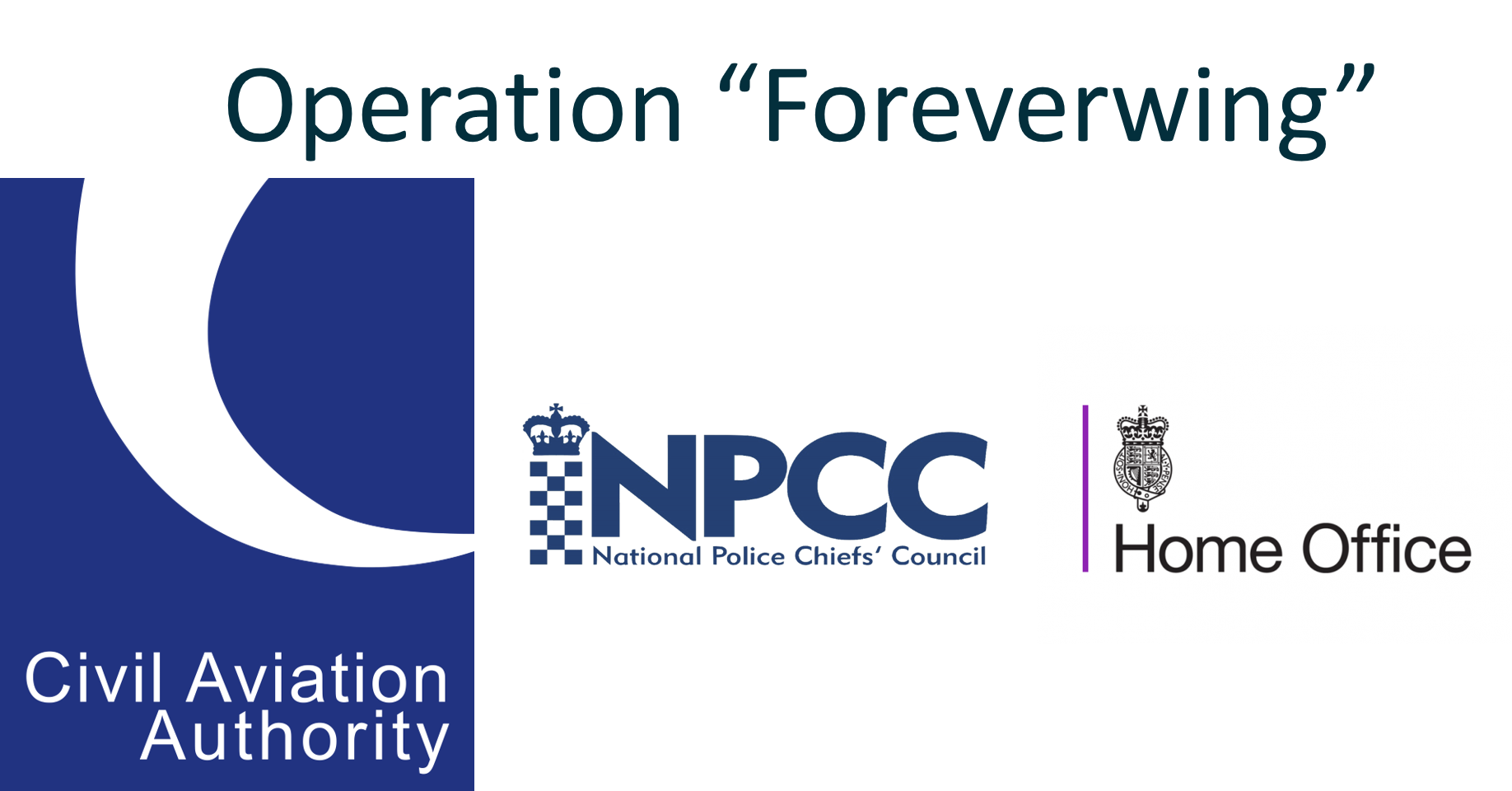 HOME OFFICE, POLICE AND CAA JOIN TOGETHER TO ACT ON DRONE CRIME

LONDON, 22 March 2021: The Home Office, Police and UK Civil Aviation Authority (CAA) today announce a new campaign aimed at clamping down on drone-related crimes, after 336 drone-related incidents were recorded during the last five months in the UK.

LONDON, 22 March 2021: The Home Office, Police and UK Civil Aviation Authority (CAA) today announce a new campaign aimed at clamping down on drone-related crimes, after 336 drone-related incidents were recorded during the last five months in the UK.

The new campaign, Operation Foreverwing, will see the three organisations work together to show the work the Police is doing around tackling drone crime, in a bid to deter drone owners from breaking the rules.

The Police has dedicated drone teams located across the country, tasked with enforcing the law by handing out fines and confiscating drones if people fail to stick to the rules.  With the CAA setting the rules for drone flying, the campaign will raise awareness of the rules while reminding those tempted to break them of the consequences.

“The use of drones has increased dramatically in recent years and as a result of that we are seeing instances of dangerous and irresponsible flying.

“If you are a drone owner it is your responsibility to make sure you are following the rules for your own safety and that of others around you.

“These rules can be found in the Drone Code on the CAA website.”

UK law now dictates that CAA registration is mandatory for operators of drones over 250 grams and all drones other than toys that are fitted with a camera. Failure to register leaves drone users at risk of penalties up to £1,000.

The campaign will see more cooperation between the bodies and joint education targeting drone users.

“With close to 200,000 registered drone owners across the UK, the skies are becoming increasingly busy. Our objective is not to stop people having fun or using their drone for business, it’s to make sure that everyone can share the air safely and that means sticking to the rules outlined in the Drone Code.

“Drones can cost thousands of pounds, and with fines for breaking the rules, the costs can quickly add up for those failing to comply.”

Alternatively, you can email on: press.office@caa.co.uk (monitored during office hours)