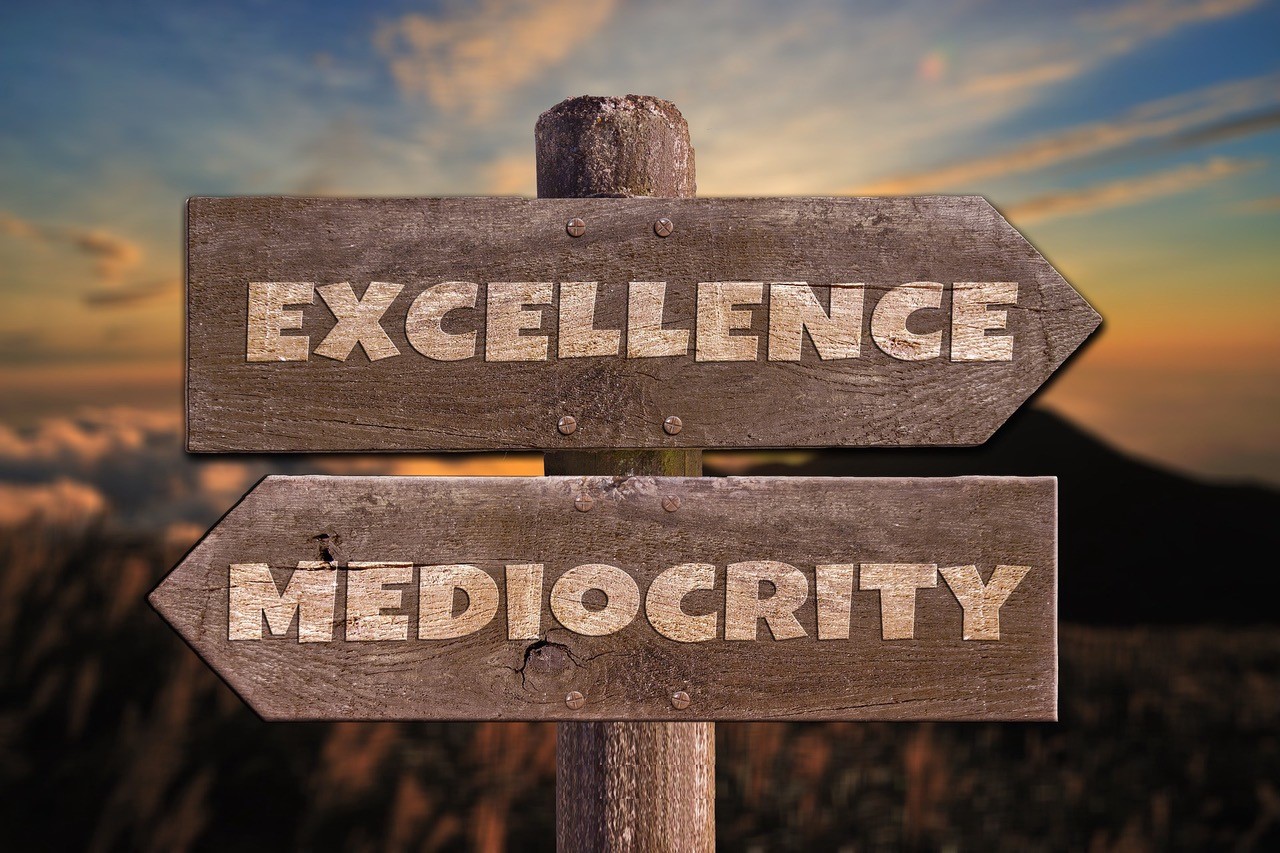 For drones to thrive we all have to professionalise

Our co-founder and CEO Rebecca Jones recently wrote a blog on professionalism in the drone sector for our friends over at Coptrz, an organisation doing more than most to transform industry with drones. We encourage you to head over to their site to see what they are up to but in the meantime, we thought we’d share the blog with you.

After several years of hard slog, constant cajoling and buckets of patience, it feels like we, as a commercial drone community, are finally making some headway in opening up more and more sectors to the benefits that drones can bring to their operations.

Let’s not kid ourselves though – we effectively started from the bottom, working on each prospective client individually, convincing them one by one that drones aren’t just toys but essential tools in the day to day operations of many sectors.

But for all those individuals and firms we have collectively won over, we still face an uphill struggle in making drones an accepted, everyday aspect of the business landscape.

According to a piece of research conducted by PwC in 2019, Building Trust in Drones, less than a third (31%) of members of the public feel positive about the commercial use of drones. When researchers dug deeper to understand that lack of positivity, they found that the top concerns for the public were the improper use of drones (42%), the risk of use by criminals (27%) and the risk of accident (26%).

The public appear to be far more accepting of drones when they are used for search and rescue (87%), identifying and tracking criminals (80%) and supporting other emergency service efforts (84%).

The public only seem open to the use of drones in extreme circumstances rather than for day to day business use but the real threat for commercial drone operators is that this public perception is leading to reticence within the business community to deploy drones.

A separate report from PwC sought to estimate the economic benefit of the widespread use of commercial drones predicting that, by 2030, drones could have increased the UK GDP by a huge £42bn. More than that, the report predicted that drones could deliver £16bn in net cost savings to the UK economy while creating 628,000 jobs.

The potential upside of commercial drone use is huge, but we seem to be caught between business appetite and public fear. So, the question we all have to try and answer is one that has dogged the drone sector from the beginning – how do we get the public to trust drones?

According to Elaine Whyte, UK drones leader at PwC, the answer lies in all of us: “The drone community across industry, government and civil society needs to change the public discourse from one of uncertainties and toys, to one of opportunity and accountability.

“This can be achieved through better education on the wealth of use cases for drones, as well as increasing understanding of regulation and accountability. The public will only trust a new technology if they understand who is regulating and providing oversight.”

I wholeheartedly agree with her but since these reports came out, the Civil Aviation Authority has bent over backwards to accommodate drones, making them more and more applicable to more and more sectors. The regulator has done its bit – now it is time for the drone sector itself to step up and accept the responsibility of changing public perception.

There have been many calls over the years for greater education of the public which is fine. However, we can tell them about the benefits and safety of drones until we are blue in the face but unless they are convinced about the individuals and organisations operating in this sector and their levels of professionalism, there will always be distrust.

So how do we address that lack of trust? For me, it has to be all about professionalism, setting and meeting minimum standards of operation and accountability. I’m sure there isn’t a commercial drone operator in the country who doesn’t think they operate in a professional manner but what is deemed professional by one person could be seen as completely unacceptable by another. Which is why we need standards and targets to reach creating a baseline of competence and professionalism that the public can look to and rely upon.

Prior to setting up Iprosurv, I worked as a mortgage advisor and through that was exposed to the insurance industry, an industry that has struggled for many years with its public perception. While that industry has had a professional body, the Chartered Insurance Institute (CII), since 1912, its reputation has continued to suffer from public distrust.

So, around a decade ago, they introduced the concept of Chartered Status for firms (rather than just individuals) through which organisations had to commit to attaining certain levels of training and competence in their workforce to try to establish a baseline of what professional conduct and operation looked like.

Now I’m not suggesting that the drone industry needs the same approach but crucially, a consumer survey conducted by the CII found that 58% of consumers agreed that they would have more trust in advice from a chartered firm than one which is not.

But what relevance do the standards of a financial services sector have to how we operate in the commercial drone sector? The underlying principle is professionalism and we as a sector have to rapidly professionalise our individual operations and the conduct of the wider community if we are ever to realise that £42bn worth of benefit on behalf of the economy.

When a sector professionalises and does so publicly, trust follows as naturally as night follows day. So, where do we start?

Of course, we already have the Association of Remotely Piloted Aircraft Systems (ARPAS) acting as a trade body for UK commercial drone operators and they have an existing code of conduct. They are our sector’s central hub connecting drone operators with each other and the regulator and establishing standards that can and should be met by all individuals and firms.

Of course, we already have the Association of Remotely Piloted Aircraft Systems (ARPAS) acting as a trade body for UK commercial drone operators and they have an existing code of conduct. They are our sector’s central hub connecting drone operators with each other and the regulator and establishing standards that can and should be met by all individuals and firms.

This is a great start, but they can’t do it on their own – the regulation is there, the trade body is there and now it’s up to all of us to make every effort necessary to show how just how professional each of us and, by extension, our sector is.

Whether that is engaging with ARPAS – and I urge everyone to do so – or committing to certain levels of training or partnering with like-minded, professional-leaning drone operators, whatever it is, any operator that cares about the future of our sector needs to do it and do it quickly.

Greater formalisation of operations and behaviours will come naturally as the sector matures but it won’t arrive by magic. Getting to the stage where drone operators and the sector are seen as inherently respectable and professional requires the effort and commitment of every operator to get the momentum going.

And as we get the momentum going and begin to adopt those minimum standards of operation and professionalisation, it will help start to drive out some of the rogue operators that all of us see out there.

The ones who care more about quick income than creating a sector that the public can trust and rely upon, one that we can all be proud of. And I think it is incumbent upon all of us to call out those kinds of operators out, making it clear they don’t represent our industry.

I’m not having a go at people having a go at making a living out of drones but if we want to get that public trust and the business success that will flow from that trust, we have to not only hold ourselves to the highest professional standards. We have to hold each other to those same high standards.

I’m not having a go at people having a go at making a living out of drones but if we want to get that public trust and the business success that will flow from that trust, we have to not only hold ourselves to the highest professional standards. We have to hold each other to those same high standards.

If we let these rogue operators represent our industry, it would be a disaster. Not only for the wider commercial drone sector but for the wider economy and society as a whole.

This is a truly exciting industry to be operating in but being involved at these early stages of its evolution also brings a huge amount of responsibility to all of us. The regulator can guide us and ARPAS can support us and give us a voice. But neither of these bodies can professionalise us. That responsibility lies with us as individuals and as a community.

So, let’s not shirk that responsibility and instead embrace it, come together either through ARPAS, or other formal and informal networks, to work together and challenge each other to meet the highest professional standards we can.

The time for dreaming of a professional drone sector has passed – the reality of it and need for it is closer than we might think. Now is the time to turn that dream into a reality.

It requires all our efforts and focus to make it happen and it won’t appear overnight. We are in it for the long haul, but I am convinced we can and will do it. With the right motivation, willpower and yes, applying the necessary levels of professionalism to every job we do, every interaction we have with business and the public, we will get the reputation we want.

It is only through those individual efforts and by coming together as a genuine community that I believe we will make the potential benefits of commercial drones a reality for more and more sectors, up and down the country.

Rebecca Jones is the co-founder and CEO of Iprosurv, one of the UK’s leading drone services providers.

Credit for the original article Coptrz