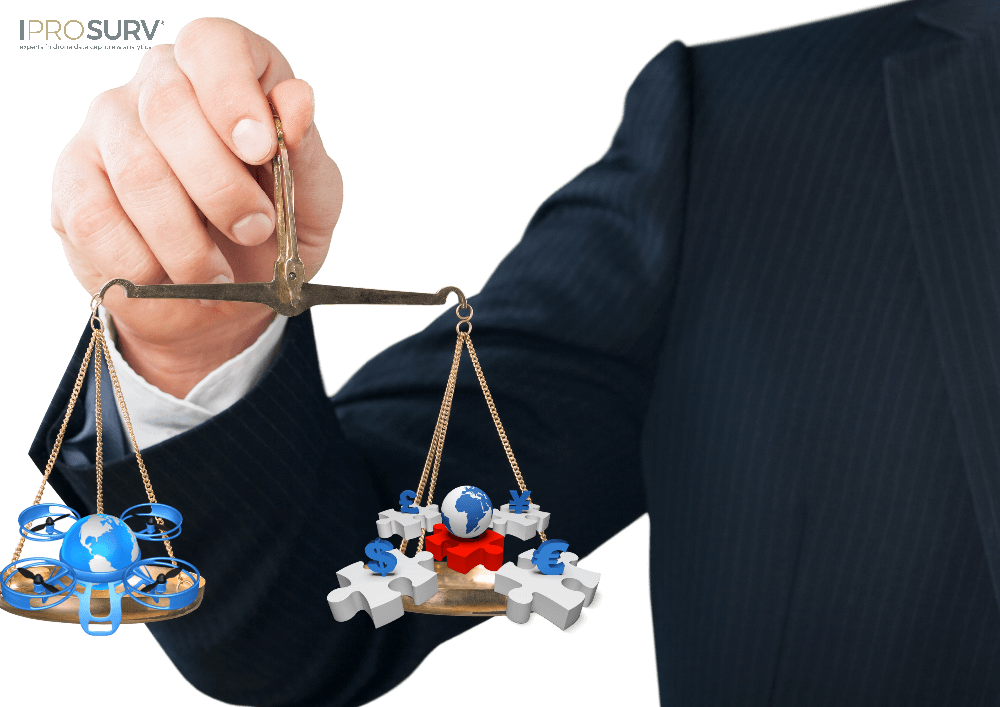 Are we nearing the drone tipping point?

Rebecca Jones is the CEO and Co-founder of Iprosurv: When we started Iprosurv, we knew we didn’t just have to build a business. In many ways we, along with all the other commercial drone providers, had to build a whole new sector from scratch and that is no easy task.

And when you are targeting the insurance sector, not necessarily known for its ability to embrace change, that task becomes much harder. But in the last seven or so years, we have made good progress in insurance and our pilots are regularly instructed on a range of insurance projects from building inspections to flood damage assessment and everything in between.

If I’m honest though, the progress has been slower than we imagined. We have spent an inordinate amount of time with individual businesses across the insurance spectrum, showing them what drones can do and how they can make a range of insurance processes much more efficient, safe and cost effective.

That hands-on approach works but it takes time, time that I’m not sure the insurance industry has if it is to digitise its processes in the way it says it wants to. But according to some recent research conducted by Research in Insurance in conjunction with Iprosurv, we could be about to reach a tipping point in the adoption of drones in insurance.

When asked if they would use drones if they reduced the claims life cycle (which we have proven they do), not one insurer said that they wouldn’t use them with only 6% of brokers ruling the idea out. That sounds like an open door for Iprosurv but if this is the case, why isn’t every insurer and broker using them?

When asked why they hadn’t yet adopted drones, 54% of respondents said it was because they didn’t have the influence to introduce them to the business and around a third said there was a lack of appetite higher up in the organisation.

This research shows that appetite for using drones was highest among employees at support levels which suggests that we have some work to do to convince the decision makers (who aren’t necessarily at the front line) of the benefits of drones. Their people appear to want to use them so why aren’t management responding?

Education and understanding is key

It seems clear that this challenge is on us, the drone providers. Nearly a third of insurers (32%) and 28% of brokers admitted that they just don’t understand the tech with 11% of insurers and 30% of brokers saying they don’t see a need.

It’s clear there is an education job here for all commercial drone providers. While those on the front line may see the potential benefit, they are not the ones whose necks are on the line when it comes to making the decision to use them.

So it’s on us as providers to ensure that the decision makers ‘get it’ and can see for themselves that drones offer a completely new way of managing not just claims but also conducting surveys for risk management.

We need to show them not just the tech, but the practical cost benefits that they can bring to almost any organisation. And we need to show them that drones are set to play a key role in the industry-wide drive towards digitisation.

When asked what kind of technology they would like to see used more in the industry, drones proved to be the fifth most popular behind automated claims processing, claims portals, greater us of videos and cameras and the introduction of claims apps, out of a total of 20 choices.

Everything appears to be in place. Frontline employees get it. Organisations see drones playing a key role in digitisation. And not one insurer said that they wouldn’t use drones if they reduced the claims life cycle.

These are really solid foundations to build upon and if we can educate and convince decision makers that drones are safe, the data they produce is handled compliantly and that they can streamline processes that have remained largely unchanged for decades, we may finally get to that tipping point.

Everything everyone in the commercial drone sector has done to date is having an impact. The research shows that. Now we just need to keep the faith.

The appetite is there but it is being dampened by lingering suspicions about drone technology. That is the bit we need to crack, I think. That is the bit that is preventing us from reaching tipping point. And it is that bit that we all now need to focus on.

Established in 2014, Iprosurv is a pioneer in the provision of drone technology in the insurance industry and beyond. Its current network of pilots, covering the entirety of the UK, use a proprietary system to record, store and deliver drone data to clients in a fast and secure manner. From building surveys to flood response to assisting emergency services, Iprosurv continues to push the boundaries of how drones can be used in business.