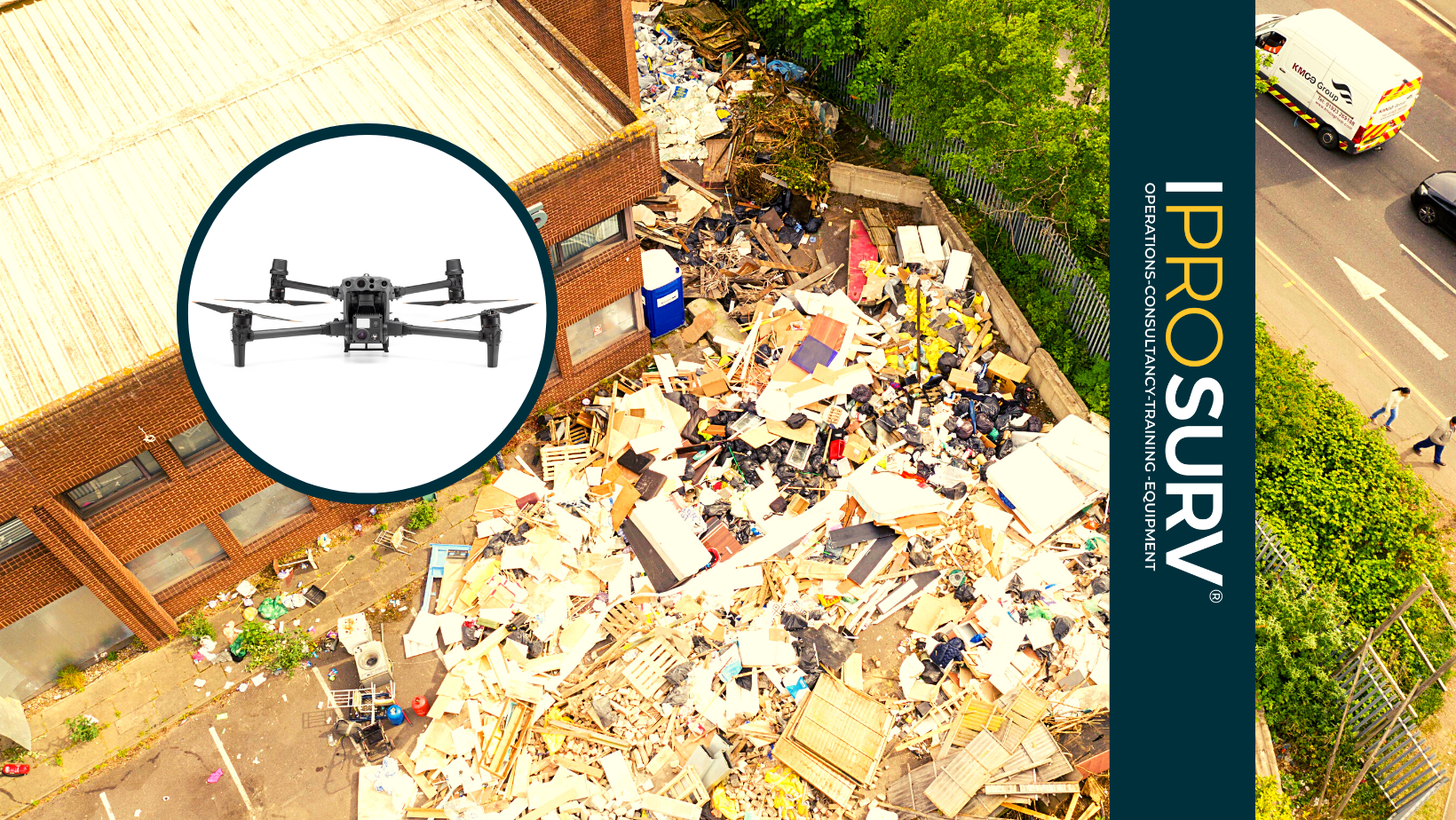 Suppose you are experiencing difficulties with fly tipping on your work site or property. In that case, gaining evidence and subsequent legal representation could lead to a win in the law courts and a swift resolution. The effective use of drones and the camera footage they can capture can be examined in this case study.

A large vacant industrial unit was awaiting new business tenants. Although security staff patrolled the premises, an organised travelling group overwhelmed and evaded them and proceeded to set up camp on the grounds. Many caravans and the accompanying support vehicles built a large encampment. They started to use the empty building as a fly-tipping site. This was a well-organised operation, with many vehicles turning up throughout the day and night to dispose of waste.

The risks to health and the environment were impossible to calculate, as no official paperwork nor adherence to health and safety regulations was in place. There was no control over the nature of the illegally dumped items within the building. The client suspected that possible hazardous waste materials might also be left onsite. If this situation continues, the resulting removal and clean-up operation could run to costs beyond 100k. It would require costly Insurance claims and pay-outs. So, this untenable situation needed action.

The traditional route for resolution

In the past, the routes to resolution for similar situations have been passive. For example, waiting for the group to fill the site with debris and move on. This has the obvious positive that little conflict would arise. Though the resulting environmental risks, rising financial loss of rental and the clean-up, not to mention the impact on the local community are undesirable outcomes.

The second option would be to see if evidence of criminal activity could be obtained and submit this to the police to act. Although the police may not get involved quickly and so the more rapid route would be to gain evidence to support applications for injunctions and or evictions. This is the more proactive approach and initially the security company may be considered. However, in this scenario, it was felt that it may antagonise the situation and lead to a violent response.

How drone camera footage was utilised

The security company commissioned Iprosurv  to deploy drone cameras to assist them in the collection of strong evidence. Iprosurv and its dedicated drone pilot operators use the latest technology drones. The cameras have zoom capabilities meaning that we could conduct covert surveillance from a safe distance in the initial stages. Vehicles were observed to have number plates exchanged, as drones were able to follow them to the various locations. Once there was sufficient evidence for an eviction process, the drones were further utilised during the eviction process itself.

Having an eye in the sky during the eviction of the offending group was invaluable. The aerial reconnaissance allowed for risk assessment and determination of resource requirements prior. Exits and entries were identified and considered in the eviction plan. The drones were able to gather evidence whilst eviction took place, ensuring that any violence from occupiers would be captured to support criminal prosecutions. Whilst also providing evidence of the security teams acting within their powers and policies to negate any future complains from the illegal occupiers.

The eviction went fairly smoothly and completion of the operation was 2-3 days in comparison to the usual 7-10 days. Owing to the shorter time frame, the waste deposited at the site was a reduction on similar fly-tipping operations.  Meaning less impact on the environment. This also resulted in a reduction in subsequent clean-up costs and loss of rental revenue. The risks to personnel was lowered and the presence of the cameras provided health and safety and a duty of care to all. There was a diminished impact on local businesses and the residential community. Evidence of criminal activity and the identification of offenders led to both civil and criminal prosecutions, plus added intelligence for various agencies. Overall the client was satisfied with the effective use of the drone camera footage and the resulting benefits.